SHOCKTOBER: Is An October STOCK-DROP Dead Ahead? By Gregory Mannarino 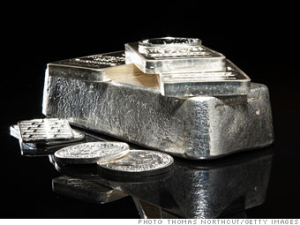 By Charles Savoie:  New $100 bills are coming in early October 2013!  Even though these can be created to infinity and cost little effort and resources to produce, we are demanded by authorities to accept these as worth several times more than an ounce of geologically depleted, essential silver!  But should we use these new…

END_OF_DOCUMENT_TOKEN_TO_BE_REPLACED 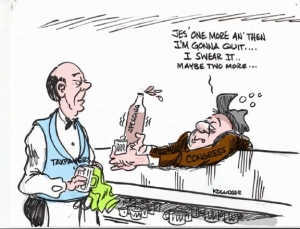 Monty Pelerin September 30, 2013 http://www.economicnoise.com/2013/09/30/fed-taper/  At the last Fed meeting, Bernanke’s decision to not taper even a little bit damaged what little credibility he and his Fed have left. If one discounts stupidity (not something that should be relinquished easily when dealing with government decisions), then what remains for an explanation of such strange behavior? As…

END_OF_DOCUMENT_TOKEN_TO_BE_REPLACED 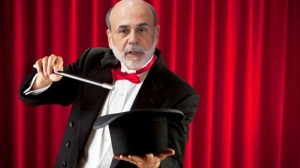 by Matt Insley. We’re closing in on the five year anniversary of the most severe market drop in recent history. From the last week of September 2008 through the beginning of October 2008 the Dow shed over 2,000 points – representing an overall market drop of more than 23%. Those were the bad old days. The…

END_OF_DOCUMENT_TOKEN_TO_BE_REPLACED 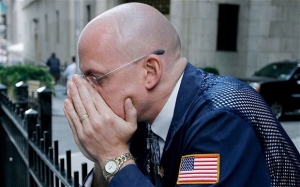 As global stock markets continue to struggle, today a man who has been involved in the financial markets for 50 years warned King World News that an ominous and looming danger “will create a horrific collapse that will shock the world.”  Below is what John Embry had to say in this powerful interview. Embry:  “I have been…

END_OF_DOCUMENT_TOKEN_TO_BE_REPLACED

Gold Bulls Raise Wagers Most in Month on Stimulus: Commodities

By Elizabeth Campbell – Sep 30, 2013 9:33 AM ET Hedge funds’ combined holdings in gold futures rose the most this month as continued U.S. monetary stimulus spurred investors to sell short contracts and sent prices toward the first quarterly advance in a year. The net-long position in bullion jumped 12 percent to 78,654 futures and options in the week…

END_OF_DOCUMENT_TOKEN_TO_BE_REPLACED

On the heels of continued speculation about exactly what “customers” JP Morgan is referring to that it trades for in allegedly manipulated markets, today 40-year veteran, Robert Fitzwilson, put together another tremendous piece.  Fitzwilson, who is founder of The Portola Group, discusses what JP Morgan, the Fed, the U.S. Treasury and even China may really…

END_OF_DOCUMENT_TOKEN_TO_BE_REPLACED

Making Of The Cincinnati Kid w/Trailer

One of the greatest movies ever made.

The History of Poker – Full Documentary

END_OF_DOCUMENT_TOKEN_TO_BE_REPLACED 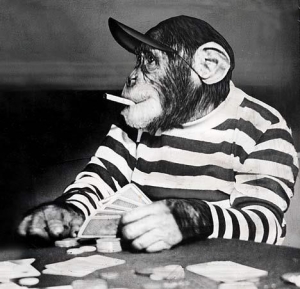 (Note: I’ve been waiting for years to begin playing tournament poker in a legal venue close to home. Wednesday, my time for waiting is finally over. You can follow my progress here in this blog. I’ll try and keep my tournament results up to date. ) As strictly a tournament player, I was disheartened when…

END_OF_DOCUMENT_TOKEN_TO_BE_REPLACED

The JP Morgan apologists of CNBC

I don’t know which producer at CNBC had the genius idea of asking Alex Pareene on to discuss Jamie Dimon with Dimon’s biggest cheerleaders, but the result was truly great television. What’s more, as Kevin Roose says, it illustrates “the divide between the finance media bubble and the normals” in an uncommonly stark and compelling manner.

The whole segment is well worth watching, but the tone is perfectly set at the very beginning:

Maria Bartiromo: Alex, to you first. Legal problems aside, JP Morgan remains one of the best, if not the best performing major bank in the world today. You believe the leader of that bank should step down?

Alex Pareene: I think that any time you’re looking at the greatest fine in the history of Wall Street regulation, it’s really worth asking should this guy stay in his job. In any other industry — I can’t think of another industry. If you managed a restaurant, and it got the biggest health department fine in the history of restaurants, no one would say “Yeah, but the restaurant’s making a lot of money. There’s only a little bit of poison in the food.”

This is a very strong point by Pareene — and it’s a point which was well taken by Barclays. When the UK bank was fined $450 million last year for its role in the Libor scandal, its CEO duly resigned. After all, a $450 million fine is prima facie evidence that the CEO really isn’t in control of his bank.

But $450 million is a rounding error with respect to the kind of fines that Dimon is now talking about paying — $4 billion, $11 billion, $20 billion, who knows where this will stop. Tim Fernholz has a good roundup of all the various things that JP Morgan is in trouble for; Libor manipulation is at #5 on his list of seven oustanding investigations — on top of another four settled investigations. If Libor manipulation alone was enough to mean the end of Bob Diamond, it’s hard to see how Jamie Dimon should be able to survive this tsunami of litigation.

Unless, it seems, you work for CNBC. In which case you just ignore Pareene’s question, and get straight onto the important stuff:

Read the full article at Reuters 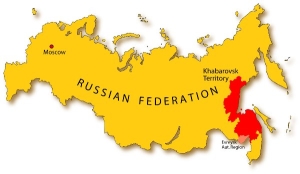 Published On: Sun, Sep 29th, 2013 World News | By Robert Herriman Russia and Kazakhstan expanded their gold reserves for an 11th straight month in August as they added 12.7 metric tons, according to a recent Bloomberg report. Image/CIA Russia’s holdings of the precious metal has topped 1,000 tons at 1,015.5 tons, according to the report. In addition, Kazakhstan’s reserves rose 2.5 tons to 134.5 tons…

END_OF_DOCUMENT_TOKEN_TO_BE_REPLACED 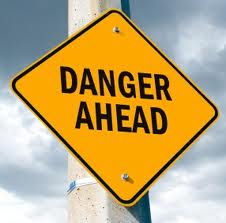 With central planners continually shocking investors and creating turmoil in global markets with unprecedented monetary experiments, legendary Jim Grant warned King World News that the Fed poses a great danger not only to the U.S. but also to the world.  Grant also warned, “A lot of the concentration of wealth, it seems to me, is…