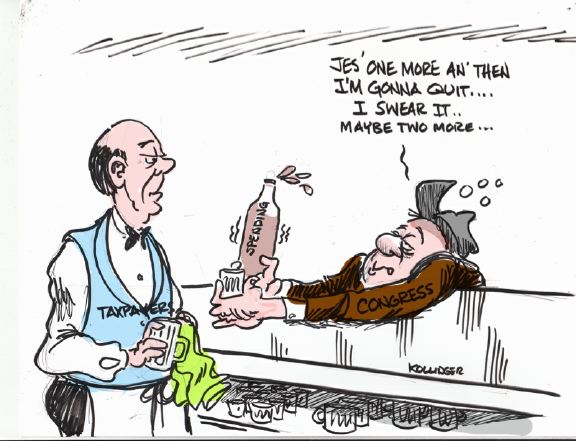 At the last Fed meeting, Bernanke’s decision to not taper even a little bit damaged what little credibility he and his Fed have left. If one discounts stupidity (not something that should be relinquished easily when dealing with government decisions), then what remains for an explanation of such strange behavior?

As I see it, the most likely justifications and the ones most frequently used in the past no longer hold:

The first reason is not plausible, at least in the short-term. For a while, Fed bond buying appeared to be necessary (indeed was almost equal to the government deficits) in order to fund the government’s shortfalls. Deficits have dropped recently, providing room for a token taper. Had the Fed wanted, they could have tapered without putting undue pressure on the federal government’s ability to fund its deficits. Indeed, putting some pressure on Congress would probably have been wise.

The second reason is also invalid. The Fed has fired most of its weapons (zero interest rates, money creation, etc.) at various levels of intensity for five years. It quadrupled its balance sheet during this period. The economy remains stalled. There is little evidence that the Fed boosted the economy. Of course one cannot know what would have happened or where we would be had the Fed’s actions been less aggressive.

Regarding Fed effects, there is no question that they saved banks who would have (perhaps should have) failed. In doing so, they prevented a collapse of the financial system and the ensuing havoc that would have occurred in the economy. But saving these banks was done in the beginning of the crisis. The last several years presumably has been targeted at the economy with no apparent effect.

Sadly, these same banks are now bigger than they were when they were deemed too big to fail. No meaningful regulation or policies were enacted to downsize them and prevent the same scenario from recurring. Next time it will be on a larger scale.

If neither of these reasons explain Fed behavior, consider two other possibilities:

I don’t mean to discount the possibility of something quite sinister ahead. I for one believe that something very bad comes our way. However, I reject this consideration as the basis for recent Fed policy. History shows us quite clearly that the Fed never sees the future with clarity. They seem clueless and well behind whatever curve markets throw at them. Mr. Bernanke never even saw the housing crisis coming.

The second possibility is plausible, whether understood by the Fed or not. Ben Hunt provides his opinion in a recent email (see his Epsilon Theory website) on this matter (my emboldening):

… the Fed’s use of QE as an insurance program against whatever fiscal policy errors they believe Congress might make in the future is not only a problematic expansion of the Fed’s governmental authority, but is also myopic on its own terms. If you want Congress and the White House to establish “good” fiscal policy, then the last thing you want to do is provide an incredibly expensive insurance program against “bad” fiscal policy. It’s moral hazard in the first degree, which any competent politician (and these are very competent politicians) will use to their professional benefit. I’m sure that FOMC members believe in their hearts that they are doing the responsible thing by “protecting” the economy from the “risks” posed by smash-mouth politics in Washington. But I believe that they have (again) misunderstood the behavioral context in which their signals are understood. Twice since June the Fed has missed the market context of their communications. Now I think they’ve done it with Washington. 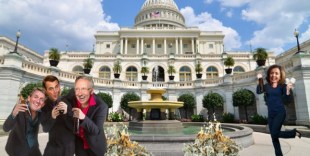 The irresponsibility of Congress and the rest of the political class cannot be understated. Underwriting this behavior is equivalent to the Fed providing a teenager with a bottle of whiskey and the keys to an automobile.

In a context where the Fed could have done no harm by tapering, they instead created a huge moral hazard that will be exploited by politicians of all stripes. They also exceeded their charter and acted without any apparent authority in assuming a new responsibility.

The chances of Congress reining the Fed in for this behavior are highly improbable, likely equivalent to the teenager declining the car keys.

Batten down the hatches. The Fed fools have just told the political fools to let the good times (for them, not the economy) to continue to roll.

“The Smell of Financial and Economic Collapse is in the Air”

“I Believe We Are Now Approaching The End Game”

Has The Fed Lost All Control?