Fed could up QE to $1 trillion a month: Marc Faber

Marc Faber, publisher of The Gloom, Boom & Doom Report, told CNBC on Monday that investors are asking the wrong question about when the Federal Reserve will taper its massive bond-buying program. They should be asking when the central bank will be increasing it, he argued.

“The question is not tapering. The question is at what point will they increase the asset purchases to say $150 [billion] , $200 [billion], a trillion dollars a month,” Faber said in a “Squawk Box” interview.

The Fed—which is currently buying $85 billion worth of bonds every month—will hold its October meeting next week to deliberate the future of its asset purchases known as quantitative easing.

Faber has been predicting so-called “QE infinity” because “every government program that is introduced under urgency and as a temporary measure is always permanent.” He also said, “The Fed has boxed itself into a position where there is no exit strategy.”

The continuation of Fed bond-buying has helped support stocks, and the Dow Jones Industrial Average and S&P 500 Index are coming off two straight weeks of gains, highlighted by record highs for the S&P.

The world is in ‘gigantic asset bubble’: Faber
Marc Faber, The Gloom, Boom & Doom Report, shares his views on how inflation has impacted global wealth.

While there may be little inflation in the U.S., Faber said there’s been incredible asset inflation. “We are the bubble. We have a colossal asset bubble in the world [and] a leverage or a debt bubble.”

Back in April 2012, Faber said the world will face “massive wealth destruction” in which “well to-do people will lose up to 50 percent of their total wealth.”

In Monday’s “Squawk” appearance, he said that could still happen but possibly from higher levels because of the “asset bubble” caused by the Fed.

“One day this asset inflation will lead to a deflationary collapse one way or the other. We don’t know yet what will cause it,” he said.

Cramer, US: “a laughing stock around the world” “They’re saying “lets go into gold, lets get out this dollar”

CNBC’s Jim Cramer said the U.S. is “a laughing stock around the world, maybe worse than Italy in some ways when I look at benchmarks. We have obviously lost the faith of a lot of countries.”

“If there was a way to be able to take your money out of this country and put it in Germany … if I were Brazil, if I were Japan I would do it immediately,” he said Thursday on “Squawk Box.”

He went on to say that the slumping dollar index, which measures the greenback’s value against a basket of currencies, reflects the current sentiment of investors around the world. They are saying “lets go into gold, lets get out this dollar … lets not be in bonds in the United States, we’d rather be in any other currency because they basically have lost control,” he said.

“There is a notion that there’s a party dissolution, there’s no coming together. … This is a good opportunity—between now and the next wrangle—where you can find a safe haven. Whether it be gold, whether it be the euro, or whether it be, frankly, the Chinese currency,” he said.

Many investors believe that the temporary deal to avoid U.S. debt default might prompt the Fed to hold back from reining in it’s massive bond buying program, and may weigh the dollar down further. Cramer noted that the liquidity of the U.S. market is a positive side, but he thinks “the Federal Reserve is in there buying every bond they can right now.”

Guess Who Said This? Santelli’s Find Of The Day

Are you upset over the government shutdown and political impasse in Washington? CNBC’s Rick Santelli is on fire and fired up after finding a speech delivered on the Capitol in 2006. 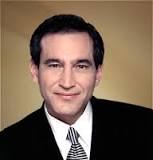 Is JP Morgan a Criminal Enterprise?

Why CNBC is Wall Street’s Propaganda Arm By Jimmy Mengel  Since I’m a glutton for punishment, I decided to subject myself to an hour of CNBC last week. For once, I was actually glad I did… In between watching the talking heads squawk at one another about how high Apple is going to go, I was…

END_OF_DOCUMENT_TOKEN_TO_BE_REPLACED

“I think the stock market is going down because it needs correction.
I don’t think it’s panicking because of the debt ceiling or the shutdown.”

“it is a philosophy of government that is to blame; Keynesianism, Militarism, and Interventionism, and the funny-money system that we use. All that has come together and the country is bankrupt and nobody wants to admit it.” 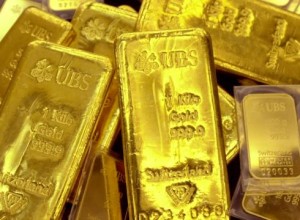 Gold futures are tumbling amid concerns about dysfunction in Washington and the government shutdown, while stocks and bonds seem to be largely ignoring it. The dollar also fell, touching an eight-month low as buyers moved into euros and other currencies. Stocks were higher and bond prices were lower, with Treasury yields edging slightly higher. Gold…

END_OF_DOCUMENT_TOKEN_TO_BE_REPLACED

The JP Morgan apologists of CNBC

I don’t know which producer at CNBC had the genius idea of asking Alex Pareene on to discuss Jamie Dimon with Dimon’s biggest cheerleaders, but the result was truly great television. What’s more, as Kevin Roose says, it illustrates “the divide between the finance media bubble and the normals” in an uncommonly stark and compelling manner.

The whole segment is well worth watching, but the tone is perfectly set at the very beginning:

Maria Bartiromo: Alex, to you first. Legal problems aside, JP Morgan remains one of the best, if not the best performing major bank in the world today. You believe the leader of that bank should step down?

Alex Pareene: I think that any time you’re looking at the greatest fine in the history of Wall Street regulation, it’s really worth asking should this guy stay in his job. In any other industry — I can’t think of another industry. If you managed a restaurant, and it got the biggest health department fine in the history of restaurants, no one would say “Yeah, but the restaurant’s making a lot of money. There’s only a little bit of poison in the food.”

This is a very strong point by Pareene — and it’s a point which was well taken by Barclays. When the UK bank was fined $450 million last year for its role in the Libor scandal, its CEO duly resigned. After all, a $450 million fine is prima facie evidence that the CEO really isn’t in control of his bank.

But $450 million is a rounding error with respect to the kind of fines that Dimon is now talking about paying — $4 billion, $11 billion, $20 billion, who knows where this will stop. Tim Fernholz has a good roundup of all the various things that JP Morgan is in trouble for; Libor manipulation is at #5 on his list of seven oustanding investigations — on top of another four settled investigations. If Libor manipulation alone was enough to mean the end of Bob Diamond, it’s hard to see how Jamie Dimon should be able to survive this tsunami of litigation.

Unless, it seems, you work for CNBC. In which case you just ignore Pareene’s question, and get straight onto the important stuff:

Read the full article at Reuters

“any objective analysis of our country’s fiscal history would have to conclude this administration and this rubber stamping republican congress are the most fiscally irresponsible in the history of our country.”

Faber: We Have A Huge Bull Market In Gold, Gold And Silver Are Relatively Inexpensive

Peter Boockvar: “There Is 0% Chance That This Ends Smoothly”

CNBC just aired a fascinating segment that pitted anchors Mandy Drury and Brian Sullivan (squarely in the markets-are-going-up-and-the-world-must-be-rosy camp) against a more skeptical (“it’s all short-covering” – and he’s right at the margin) Herb Greenberg and an awfully fact-based reality agent – Peter Boockvar.

The entire 5 minutes were a perfect reflection of the battle in the markets of the last few years – that of market wisdom and the facts versus the blind optimistic ignorance of watching (and trusting) a ‘market’ number (in this case the Dow Jones Industrial Average Index) rise day after day and not caring why – until – as Peter Boockvar so eloquently notes you have your 401(k) cut in half twice in a decade.

Well worth taking the time to witness the cognitive dissonance of believing the market strength is unrelated to the Fed and yet a Fed unable to Taper even a few billion for fear of repercussions… as Boockvar notes, “there is 0% chance this ends well.”