Saturday  14 March 2015 If one addresses what is going on between China and the IMF, while keeping an eye on the Federal Reserve’s fiat debt instrument, incorrectly called the “dollar,” then the likelihood of a significant rally in gold and silver may not develop this year.  Those believing the fiat “dollar” is on its…

END_OF_DOCUMENT_TOKEN_TO_BE_REPLACED

Submitted by Michael Noonan Saturday  7 June 2014 The world has never been in a position like this before, where all global currencies are fiat and dependent upon central banker power.  The push for a New World Order is inexorable, and make no mistake, the monied elites are fully in control, or almost so. We…

END_OF_DOCUMENT_TOKEN_TO_BE_REPLACED

Gold And Silver – Rally Or Not? War Or Not? Probably Not For Both.

Submitted by Michael Noonan – Edge Trader Plus Saturday  10 May 2014 The elites want war. Will they get war? In the past, it was a slam dunk. There was no nation strong enough to oppose the elite’s weapons of mass destruction, aka debt and the US military.   How things have changed. The failed Western banking system is way…

END_OF_DOCUMENT_TOKEN_TO_BE_REPLACED

http://usawatchdog.com/dollar-value-c… – David Morgan from Silver-Investor.com says, “The rush into gold is basically nation states, but the rush into silver is basically ‘the people,’ and it’s not just ‘the people’ of the U.S., it is ‘the people’ of the world. There will be a rush into gold and then silver like you have never seen before. This will be a global phenomenon. It wasn’t in 1979, this time it will be. You will either have it or you don’t.” What are Morgan’s price targets? Morgan says, “I am on the record that it will hit $100 an ounce, and that may be conservative.”

Join Greg Hunter of USAWatchdog.com as he goes One-on-One with David Morgan of Silver-Investor.com.

http://usawatchdog.com/weekly-news-wr… – Russian President Putin now says, “Crimea is part of Russia.” A referendum in Crimea voted overwhelmingly in favor of joining Russia. The West is not buying it and has sanctioned Russia. This is supposed to be a serious international crisis, so why are the sanctions to light? We hit with a feather and then another feather by only sanctioning a few people in Ukraine and Russia. Russia hit back with some feather sanctions of its own, but also threatens to damage the U.S. dollar and not helping us with the Iranian nuclear negotiations.

New Fed Chief Janet Yellen gave her first press conference, and the markets crashed. You really can’t blame her. She is now in charge, and interest rates have nowhere to go but up. The Fed cut another $10 billion in bond buying, but it is still pumping out $55 billion a month to prop up the system. That is still more than $600 billion a year.

Finally, infomercial pitchman Kevin Trudeau has been convicted of fraud and sentenced to 10 years in prison. He’s lucky, sentencing guidelines say he could have gotten as much as 25 years. My question: Why no jail time for big bankers who have committed fraud on a global scale? What is wrong with this picture?

Join Greg Hunter of USAWatchdog.com as he gives his analysis of these stories and more in the Weekly News Wrap-Up.

Greg Mannarino: The Ukraine Crisis will be a Gamechanger

Wall St for Main St interviewed former Bear Sterns trader and financial commentator Greg Mannarino. In this podcast, we discussed the Russian/Ukraine conflict and how it could potentially shift the economic power back to the East. Also, We asked Greg on the possibility that the Feds could increase QE if Russia decide to dump their U.S. treasury holding.

Finally, we discussed the charts for the stock market, gold, silver and much more!

RED ALERT: This Is A Set Up! PUTIN TO CRUSH U.S. ECONOMY. Here’s How. By Gregory Mannarino

http://usawatchdog.com/russian-dollar… – John Williams of Shadowstats.com says, “Don’t look for the U.S. dollar as the safe haven.” Williams contends, “Historically, the dollar has been the safe haven in a political or financial crisis, but that hasn’t been the case for four or five years now. Instead, what you have seen is a flight to other traditional safe havens such as gold and the Swiss Franc. The dollar has lost its magic. Nobody wants to hold it.” What about the Russians dumping the dollar in retaliation for U.S. sanctions because of the Ukraine invasion? Williams says, “So, if the Russians follow through and convince the rest of the world that they are going to do it and it looks like China may join them, a lot of countries will want to dump dollars and get out ahead of the crowd.”

On the overall economy, Williams says, “It is rolling over, and the numbers are starting to show we are starting into a new recession. Join Greg Hunter as he goes One-on-One with John Williams of Shadowstats.com.

2/20/14. A MAJOR STOCK MARKET CRASH MAY BE IMMINENT! By Gregory Mannarino

Right Now The Markets Are Calling The Fed’s Bluff! By Gregory Mannarino

Gold And Silver – Your Economical Survival Depends On Them. 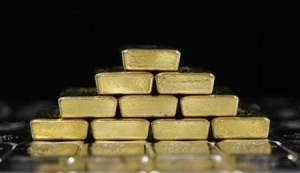 Submitted by Michael Noonan – Edge Trader Plus Saturday  7 December 2013 We had planned on writing about China’s emergence as the world’s new superpower, while the United States keeps sliding into  Third World status, but we cannot escape the more cogent political implications/ramifications of the diverging paths between the two countries.  Actually, the United States has…

END_OF_DOCUMENT_TOKEN_TO_BE_REPLACED

**I am determined to help you make money FOR FREE!
Click here: http://traderschoice.net

Addicted to debt, moving from one quick fix to the next — this is how the world sees America’s debt ceiling saga. With its craving only temporarily satisfied, we’re guaranteed to see a rerun of the debt tragicomedy in early 2014. Is it possible to break the vicious cycle, or is it a question of postponing the inevitable? To canvass these issues, Oksana is joined by ‘Dr Doom’ Peter Schiff, an investment broker who predicted the 2008 crisis.