BILL MURPHY: Chairman and Director of the Gold Anti-Trust Action Committee (http://GATA.org). Murphy grew up in Glen Ridge, N.J., and graduated from the School of Hotel Administration at Cornell University in 1968. In his senior year he broke all the Ivy League single-year pass-receiving records. He then became a starting wide receiver for the Boston Patriots of the American Football League. He went on to work for various Wall Street brokerage firms and specialized in commodity futures. He began as a Merrill Lynch trainee and went on to Shearson Hayden Stone and Drexel Burnham. From there he became affiliated with introducing brokers and eventually started his own brokerage on 5th Avenue in New York. He now operates an Internet site for financial commentary, http://LeMetropoleCafe.com.

ALASDAIR MACLEOD: Head of Research at GoldMoney (http://GoldMoney.com).
Macleod first became a stockbroker in 1970 and a Member of the London Stock Exchange in 1974. His experience encompasses equity and bond markets, fund management, corporate finance and investment strategy. After 27 years in the City he moved to Guernsey, where he advised a variety of offshore institutions as a consultant, becoming an executive director for an offshore bank in Guernsey and Jersey. For most of his 40 years in the finance industry, Macleod has been de-mystifying macro-economic events for his investing clients. The accumulation of this experience has convinced him that unsound monetary policies are the most destructive weapon governments use against the common man. Accordingly, his mission is to educate and inform the public in layman’s terms what governments do with money and how to protect themselves from the consequences. Macleod can be found online at: http://FinanceAndEconomics.org

This interview was recorded on October 22nd, 2013.

This is a fun one, we visit with the one and only Jan Skoyles, writer and researcher for The Real Asset Co. Jan has a degree in International Business and Economics, and she’s got a great sense of humor – which is a great asset indeed in these trying times.

Jan tells us the issues with the CFTC and the manipulation in the silver market just makes silver even more of a “ticking time bomb.” Jan says her personal allocation for silver and gold is 50/50, “That’s how much faith I have in silver.” And if you miss Jan at the Pub, you can always catch her over at SGT Report, or daily at The Real Asset Company!

The content in my videos and on the SGTbull07 channel are provided for informational purposes only. Use the information found in my videos as a starting point for conducting your own research and conduct your own due diligence (DD) BEFORE making any significant investing decisions. SGTbull07 assumes all information to be truthful and reliable; however, I cannot and do not warrant or guarantee the accuracy of this information. Thank you.

END_OF_DOCUMENT_TOKEN_TO_BE_REPLACED

The Organized Crime / Banking At Its Finest Show

In a new edition of their Organized Crime / Banking At Its Finest Show, Canadian financial analyst Rob Kirby and German financial journalist Lars Schall talk about this week’s dismissal by the U.S. Commodity Futures Trading Commission of complaints about manipulation of the silver market.

Rob Kirby, who is the publisher of the “Kirby Analytics Newsletter” and a consultant to the Gold Anti-Trust Action Committee (http://www.gata.org/), was born 1960 in Halifax, Nova Scotia, Canada. He studied Economics at York University in Toronto. Upon completion, he went to work in the Bay Street, the financial district in Toronto. He served on an institutional trading desk for most of the 1980s and right up until 1996. For 11 years he worked at Prebon Yamane, an international inter-dealer broker, and one year at Freedom Bond Brokers (now part of Cantor Fitzgerald). Afterwards he spent two years at Garban Inc., another inter dealer bond brokerage in Toronto. In 2002, he went to work for Investor’s Group, the largest Mutual Fund Company in Canada, and stayed there up until 2004, when he resigned to write about the markets. His website is: http://www.kirbyanalytics.com/. Mr. Kirby lives in Toronto, Canada.

By Jan Skoyles The story of China and their obsession with gold has been revived this year as monthly data shows the phenomenal volumes imported through Hong Kong and being traded on the Shanghai Gold Exchange. However, given how much we gold commentators report on China’s inherent love for gold, it’s surprising that very few…

END_OF_DOCUMENT_TOKEN_TO_BE_REPLACED 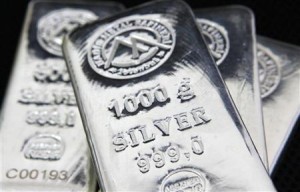 It is somehow fitting that on the day when even more undisputed evidence is revealed [6], surrounding the most brazen market manipulation scheme in history – one involving the “unmanipulable” Libor benchmark rate which serves as the foundation for hundreds of trillions in interest rate sensitive instruments – that the CFTC would also come out moments ago,…

END_OF_DOCUMENT_TOKEN_TO_BE_REPLACED 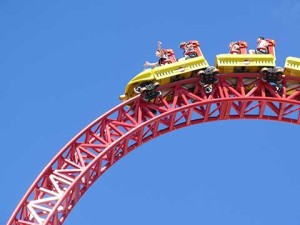 After years of paying attention to the price action and not the mainstream market commentary. — thanks in large part to Ted Butler and GATA — here are some of the dominate forces that currently seem to be determining price movements in the precious metals:   Downside Probability Jobs data comes out every few weeks.…

END_OF_DOCUMENT_TOKEN_TO_BE_REPLACED

No one was prepared for the orchestrated take-down of the price of gold and silver in the first half of 2013.  Forecasted supply was generously overstated while demand… grossly under-estimated.  Thus, the tremendous imbalance had to be resolved which came to be known as“The Great Gold Heist of 2013.” Not only were the investors taken…