The story of China and their obsession with gold has been revived this year as monthly data shows the phenomenal volumes imported through Hong Kong and being traded on the Shanghai Gold Exchange.

However, given how much we gold commentators report on China’s inherent love for gold, it’s surprising that very few realise that less than one-hundred years ago the country lost thousands of years’ worth of reserves.

Whilst the 1930s saw the Shanghai Gold Business Exchange as one of the biggest gold centres in the Far East. China’s love for gold left them vulnerable to two separate accounts of looting. The first was in 1937 when Japan invaded China, thus helping themselves to 6,600 tonnes of gold from the then capital Nanking.

However we now turn our attention to a lesser reported looting. The gold that was smuggled out of China to Taiwan between 1948 and 1949 by the soon-to-be-ousted Nationalist party.

In 1948, President of the Kuomintang (KMT) government, Chiang Kai-shek was losing the civil war in north-east China against the Communists. He began planning a retreat to Taiwan and he intended to take the gold reserves with him.

The 1949 retreat of Chiang Kai-shek’s government to Taiwan is a key point in China’s recent history. Not only did it signal a dramatic change in the country’s political and social future but it also left the country with little gold bullion to support any sound money they might have wanted.

Estimates of how much was moved differ between sources, ranging from between 3 million – 5 million taels (113.6 tons – 115.2 tons). In The Archives of Gold published in 2010, Dr Wu Sing-yung, outlines how his father (head of finance for the KMT government) helped to mastermind the operation that saw over 4 million taels of gold be moved from Shanghai to Taiwan. One tael is 37.2 grams.

Central bank governor Yu Hung-chun and the head of finance were ordered by the President to transport the country’s gold from Shanghai to Taiwan.

The first of the gold was moved on December 1 1948, 2 million of the 4.6 million taels held by the Treasury were shipped on the Hai Xing to Keelung in northern Taiwan. The coast guard cutter was escorted by the Mei Ching, a naval vessel. (The Mei ching later defected to the Communist side highlighting the risk of transporting such precious cargo and making Chiang paranoid about who was involved).

By sheer luck a British journalist recorded these first gold reserves leaving Shanghai. When George Vine looked out of his fifth-floor office window he saw manual labourers padding in and out of the central bank, in single file, carrying two parcels on a bamboo pole. From there they walked their parcels up a gangplank onto a freighter that had been moored up outside the ‘Peace hotel’ (according to author William J. Gingles).

Realising the significance of what he was seeing, Sterling Seagrave writes (in The Soong Dynasty) that Vine telegraphed his London office with the not-so cryptic message of ‘all the gold in China was being carried out away in the traditional manner – coolies.’

Later Vine wrote, “I could hardly believe what I saw. Below was a file of coolies padding out of the bank. I could even make out their hats . . . and their uniforms of indigo tunic and short baggy trousers,” as they carried “the wrapped parcels of gold bullion on either end of their bamboo poles” to load onto a ship bound for Taiwan.

Many refused to believe that Chiang could order such a thing but the report by the British journalist still prompted a nationwide bank run.

Just 30 days later the same coast guard cutter used to transport the first 2 million taels, was used once again, this time to transport between 600,000 and 900,000 taels of gold (22-34 tons) and a large amount of silver.

Over the next twelve months the Nationalists moved millions of taels of gold, silver and foreign exchange by both air and sea to Taiwan.

Following the December shipments, more of the Treasury’s gold was transported by air. This was after Chiang had received official word that he had lost the mainland. Sources report that in February 1949, nine C-46 military planes each flew 14,600 pounds of gold (6.6 tons) to Songshan airport in Taipei.

The Captain who led the mission had no idea about his precious cargo until he was told by a central bank official who was waiting for him on his plane. The Captain and two other colleagues are both cited as recalling three separate missions similar to that described above. It is estimated that 667,902 ounces were smuggled out of Shanghai in this fashion.

The news of the first of these air-borne missions was leaked to a Hong Kong newspaper. In light of this Chiang ordered that the subsequent two gold transport missions take place in the immediate 48 hours following the first.

How did this go on for a year without anyone knowing? Dr. Wu writes that “the movement of gold was entirely controlled by one person, Chiang Kai-shek…Even the finance minister had no power to transfer it. Chiang conveyed his orders verbally, leaving no written record. Only he and my father knew about the movements.’

What happened to the gold?

It is a widely held belief that China’s gold was used to establish the Taiwan we see today. Just six months after the gold operation began, the New Taiwan dollar was launched. It replaced the old Taiwan dollar at a ratio of one to 40,000. It is estimated that 800,000 taels of gold (and US$10 million brought from Shanghai) provided the stability to a country which had suffered hyperinflation since 1945.

The remainder of the gold is believed to have been used to resettle the 1.5 million soldiers and civilians who had fled from China, following Chiang.

The KMT have since confirmed that 2.27 million taels of gold were taken to Taiwan but dispute that this was used as the foundations of Taiwan. However, Chiang’s son, Chiang Ching-Kuo later wrote, ‘if we had not had this gold in the early period of moving the government to Taiwan, it is unimaginable what would have happened. How would we have the stability of today?’

One wonders if the Chinese are now learning from their history. Following the theft of their gold the country became hostage to paper money. Whilst the government of today and the KMT are clearly at polar opposites, when it comes to the respect for gold and the strength it gives an economy, one wonders if they are so different after all.

Jan Skoyles is Head of Research at The Real Asset Company, a platform for secure and efficient gold investment. Jan first became interested in precious metals and sound money when she met Ned Naylor-Leyland whilst working alongside him in the summer of 2010. Jan then went on to write her undergraduate dissertation on the use of precious metals in the monetary system. After graduating from Aston University Jan joined The Real Asset Co research desk. Her work and views are now featured on a range of sites including Kitco, GATA, lewrockwell.com and The Telegraph. She has appeared on news channels including Russia Today to discuss the gold price and gold investing. You can keep up with Jan’s commentary by subscribing to our RSS feed Gold Investment News. 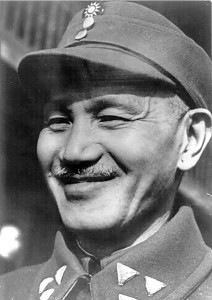 China Says “This Is US’ Responsibility,” Imports Another 131 Tonnes Of Gold