IN THIS INTERVIEW:
– Germany’s top financial regulator says that precious metals manipulation is worse than the LIBOR rigging scandal* (0:45)
– The Federal Reserve has NO GOLD** (2:35)
– Those in Washington Know We Are Headed Towards ECONOMIC Crisis (8:06)
– China buying up economic power from the United States? (11:51)
– Current crisis is threatening our personal liberties (15:00)
– Financial collapse within a year, “be in a constant state of readiness” (18:34)

Rand Paul: Janet Yellen ‘Will Be a Disaster for the Economy’

http://FinancialSurvivalNetwork.com presents
We connected with John Rubino today of http://DollarCollapse.com. He’s of the opinion that the civil war taking place in the Republican Party could be fatal. The libertarian faction hates the country club contingent and vice versa. There can be no peace while either is still alive. With the Democrats running the show, this can only be a plus for gold and silver. And of course JP Morgan got hit for another $13 billion for something else they did wrong, so what else is new?
Go to http://FinancialSurvivalNetwork.com for the latest info on the economy and precious metals markets

About Our Guest:
MICHAEL RIVERO is the webmaster of WhatReallyHappened.com and host of the What Really Happened radio shows on the Republic Broadcasting Network. The WhatReallyHappened.com website is now in its 18th year.
Formerly with NASA, Michael transitioned his image processing skills (along with a brief stint as an actor) into the then-new motion picture computer animation field and has worked on films such as “Star Trek”, “The Day After Tomorrow”, and has supervised visual effects on “Brainscan,” “LOST”, and “Hawaii Five-0.” Michael has taken a sabbatical from film work to focus all his efforts on peace activism.
Michaels foray into blogging began before the word was even invented, and happened almost by accident when he spotted a suspicious photograph being broadcast on ABC news in 1994 related to the death of White House deputy Council Vincent Foster.
Since that sudden beginning, Michaels website has expanded to cover diverse topics including the JFK assassination, the accidental shoot-down of TWA 800, election fraud, health issues, Saddams non-existent nuclear weapons, 9-11, the economy, and of course, the lies used to trick the United States into wars of conquest on Afghanistan, Iraq, and now Iran.
Michael resides in Hawaii with his wife Claire, who is a composer and creates much of theme music used on the What Really Happened radio show.

Sources:
Al Gore’s 24-Hour Global Warming Marathon to Promote a Carbon Tax: http://dailycaller.com/2013/10/23/al-…
U.S. Senator Ron Johnson tells WatchDog.org, “It’s going to be the IRS that is the primary enforcer of the health care law. That should not give any confidence to the American people.” –http://WatchDog.org/IRS-Obamacare-tax
Mentioned in the interview: Michael Rivero’s Radio Show on the Republic Broadcasting Network, (2013-10-22, HOUR 1 & 2):http://RepublicBroadcasting.org/podca…

The European Parliament voted Wednesday for US access to the global financial database held by a Belgian company to be suspended because of concerns that the US is snooping on the database for financial gain rather than just to combat terrorism. The Strasbourg based parliament voted 280 in favor, with 254 against, with 30 abstentions,…

END_OF_DOCUMENT_TOKEN_TO_BE_REPLACED

By Penny Starr (CNSNews.com) — Bureaucracies in the Obama Administration have thus far published approximately 11,588,500 words of final Obamacare regulations, while there are only 381,517 words in the Obamacare law itself. That means unelected federal officials have now written 30 words of regulations for each word in the law. What is commonly known as the…

END_OF_DOCUMENT_TOKEN_TO_BE_REPLACED 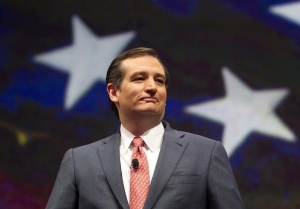 Sen. Ted Cruz has lost no time after the shutdown ended to go after Obama, Obamacare, and establishment Republicans who helped doom his strategy to fail. Instead of changing his rhetoric, he’s doubling down, most likely because he knows that Obamacare will fail, and the GOP needs to be known as the party that tried…

END_OF_DOCUMENT_TOKEN_TO_BE_REPLACED 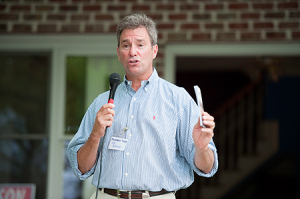 Raleigh, NC – Today, U.S. Senator Rand Paul (R-Kentucky) announced his endorsement of Dr. Greg Brannon for U.S. Senate in North Carolina. “I enthusiastically endorse Greg Brannon for U.S. Senate because he’s a true constitutional conservative who will join me in fighting against business as usual in Washington.” “Americans are looking for leaders who will honor their oath of office by fighting to ‘protect…

END_OF_DOCUMENT_TOKEN_TO_BE_REPLACED 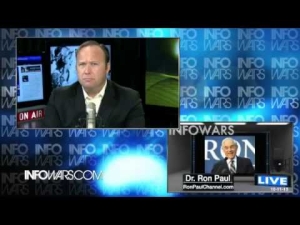