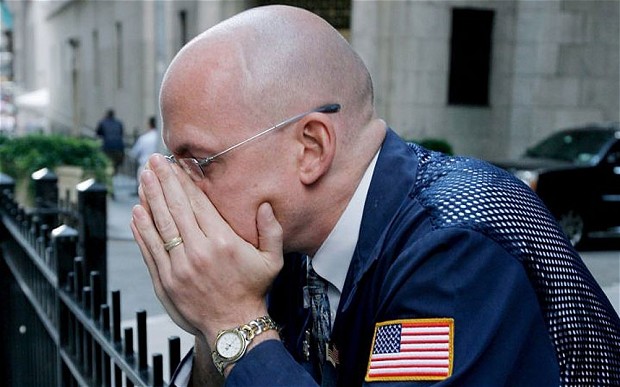 As global stock markets continue to struggle, today a man who has been involved in the financial markets for 50 years warned King World News that an ominous and looming danger “will create a horrific collapse that will shock the world.”  Below is what John Embry had to say in this powerful interview.

Embry:  “I have been focused on the constant hammering of the gold and silver prices, in the face of news that would be generally construed as extremely bullish.  It’s been par for the course because it’s been going on for over 2 years in the case of gold, and 2 1/2 years in silver….

“But these markets continue to trade in a counterintuitive manner.  There has been nothing that you could really construe as negative in terms of fundamental news happening for gold or silver in the past 2 years.  We have seen massive QE, political unrest, rapidly falling supply, and very strong physical demand.

None of this is supportive of dramatically lower prices, which is exactly what we have seen.  This suggests to me that the counterintuitive trading action is just a last ditch desperate act to protect the US dollar from its inevitable collapse.

People have to remember that all of this intervention started after the US debt was downgraded by S&P in August of 2011.  Since that time, the gold and silver prices have been under constant pressure.  But there is no question that this manipulative activity will fail.  As a result, people that are getting the opportunity to buy gold and silver and their respective shares at the current bargain prices are going to be huge winners.

But this cyclical bear move inside of this secular bull market has been so hard on people psychologically that I think a lot of people have been driven out of these markets.  It will be tragic for these people that did not have the courage of their convictions to weather this storm.

Right now we have this looming threat that the US government will shut down if we don’t get a budget deal.  If this were to come to pass it would be extremely negative for the already damaged US economy and wildly bullish for gold.  But here is the headline that Kitco trots out, ‘Comex Gold Weaker As U.S. Government Partial Shutdown Looms.’  I don’t even know if these headline writers there (at Kitco) think.  That’s ridiculous.  That’s not why gold is weaker.  The fact is that gold is getting slammed by the powers that be because they are afraid of a development like a partial US government shutdown.”

This Will End In Catastrophic Collapse & Tragedy For The West

US Propaganda Is “Smokescreen” For A Catastrophic Problem