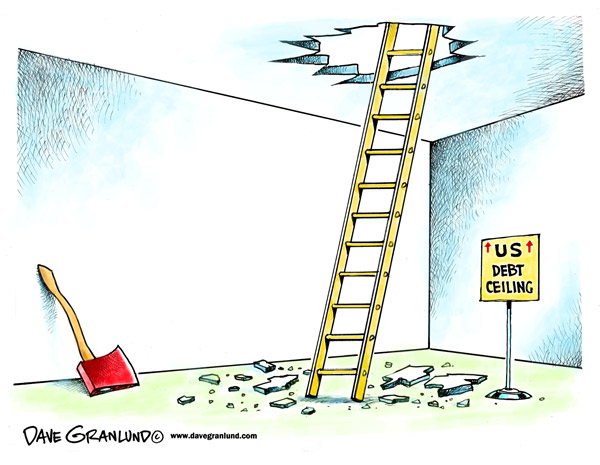 Sep 26, 2013 By: Adrian_Ash The WHOLESALE price of gold and other precious metals touched 4-session highs Thursday morning in London, after US Treasury secretary Jack Lew warned yesterday that the government will run out of money in just 3 weeks’ time if Congress doesn’t approve new debt. World stock markets ticked lower with major government…

END_OF_DOCUMENT_TOKEN_TO_BE_REPLACED

Speaking to reporters after his speech, Cruz was unrepentant, insisting he wanted to give the American people a voice in the process. Photograph: Jason Reed/Reuters By Dan Roberts in Washington Thursday 26 September 2013 Ted Cruz’s anti-Obamacare speech exposes rift within Republican party Cruz was publicly reprimanded by fellow Republican John McCain, but the hardline conservative remained unrepentant.…

END_OF_DOCUMENT_TOKEN_TO_BE_REPLACED

Today one of the top economists warned King World News that “there will be hell to pay when this tragic collapse begins.”  This is an incredibly powerful interview with the acclaimed economist, as he gives KWN readers around the world a look down the rabbit hole that central planners are taking us.  Michael Pento then…

END_OF_DOCUMENT_TOKEN_TO_BE_REPLACED

MATTHEW BOESLER SEP. 25, 2013     Last Wednesday, the Federal Reserve shocked markets with a surprise decision to refrain from beginning to taper back the pace of its bond-buying program known as quantitative easing. In the press conference following the decision, Fed chairman Ben Bernanke cited the recent rise in long-term interest rates — spurred by Bernanke’s…

END_OF_DOCUMENT_TOKEN_TO_BE_REPLACED

“The worst number of all is Gross Domestic Product put out by the Bureau of Economic Analysis with spending data based on a Census Bureau survey. I will bet that almost all of you viewers do not know that the initial GDP numbers are based on, and I quote, sample surveys. The Census Bureau says the estimates of consumer expenditures are based on a subsample of approximately 5,000 retail and food services firms whose sales are then weighted and benchmarked to represent the complete universe of over three million retail and food services firms.”

JIM ROGERS: ‘Bernanke Is Going To Go Down In History As An Absolute Disaster’ 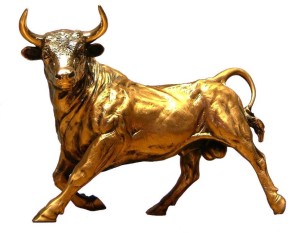 Gold: The Audacity of Hypocrisy By: John Ing | Thu, Sep 26, 2013 Unfortunately governments today wallow in the hypocrisy of politics, particularly when it suits them. America’s foreign policy is symptomatic of this hypocrisy from branding Egypt’s coup d’état as a “change in government” to the repeated bending of Mr. Obama’s “line in the sand”. Or…

END_OF_DOCUMENT_TOKEN_TO_BE_REPLACED

Has America Been Set Up As History’s Ultimate Bumbling Villain?

Submitted by Brandon Smith of Alt-Market blog [21], The high priests of academic and “official” history love a good villain for two reasons:  First, because good official villains make the struggles and accomplishments of good official heroes even more awe-inspiring.  And, second, because nothing teaches (or propagandizes) the masses more thoroughly than the social or political lessons inherent…

END_OF_DOCUMENT_TOKEN_TO_BE_REPLACED

In this episode of the Keiser Report, Max Keiser and Stacy Herbert discuss flamethrowers and jihadis in the banking world. They also note that houses in London earn more per day than the average worker in London. In the second half, Max interviews Mitch Feierstein of PlanetPonzi.com about the Fed’s balance sheet, housing bubbles around the world and putting lipstick on pigs.

END_OF_DOCUMENT_TOKEN_TO_BE_REPLACED

As He Clips Our Coins, Bernanke Steals A Page From Nero’s Playbook 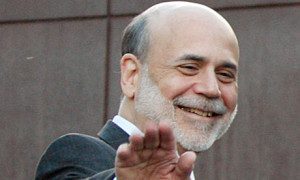 By Keith McCullough “In 64 A.D., in a naïve attempt to deceive the populace, Nero decreased the silver content in the coins and made silver and gold coins slightly smaller” As the quote above reveals, central planners have been clipping coins and devaluing the The People’s hard-earned currency for at least two thousand years.  The Roman Emperor…

END_OF_DOCUMENT_TOKEN_TO_BE_REPLACED

Andy Hoffman–Talk Of Tapering Is Tapering Off

Jason Burack, co-founder of Wall Street for Main Street (http://WallStForMainSt.com), reveals in this interview the impact of the Federal Reserve’s continued expansion of the money bubble and the implications of China and Japan now being net SELLERS of U.S. Bonds. With more than half of U.S. dollars being held outside the U.S., what will happen when more countries start dumping the dollar? Find out in this interview. SUBSCRIBE (It’s FREE!) so you don’t miss part 2 coming soon!:http://bit.ly/FinanceAndLiberty

Jason Burack, co-founder of Wall Street for Main Street (http://WallStForMainSt.com), reveals in this interview the impact of the Federal Reserve’s continued expansion of the money bubble and the implications of China and Japan now being net SELLERS of U.S. Bonds. With more than half of U.S. dollars being held outside the U.S., what will happen when more countries start dumping the dollar? Find out in this interview. SUBSCRIBE (It’s FREE!) so you don’t miss part 2 coming soon!:http://bit.ly/FinanceAndLibertyWebsite: http://FinanceAndLiberty.com
Like us on Facebook: http://facebook.com/FinanceAndLiberty
Follow us on Twitter: http://twitter.com/Finance_Liberty
Title and video graphics by Josiah Johnson Studios:http://JosiahJohnsonStudios.com
Our sponsor: http://www.SoundMoneyCampaign.com