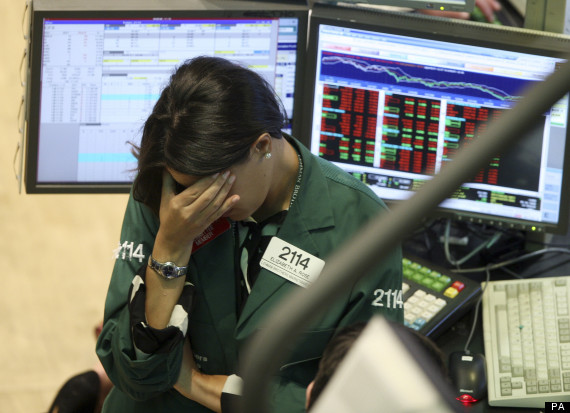 With stocks struggling once again, today one of the legends in the business warned King World News that the U.S. is going to see a “monster collapse.”  This man has lived in 18 countries around the world, and he witnessed collapses in many of these countries, but today he issued this ominous warning, “This collapse will be one for the ages.”  Keith Barron, who consults with major companies around the world and is responsible for one of the largest gold discoveries in the last quarter century, also spoke about how this will impact key markets such as gold.  Below is what Barron had to say in this powerful interview.

Barron:  “Right now we are literally lurching from crisis to crisis.  It used to be on a yearly or six month basis, but now it seems like a weekly basis, and sometimes even an hourly basis.  We are headed down a windy road toward a mountainside and we don’t have any brakes….

“We will eventually head over the cliff — it’s inevitable.  What we have already started to see in the 3rd world countries are the inflation rates and interest rates going up.  These countries are finding it harder to borrow money.  This is a harbinger for what is going to happen in the West.

David Stockman – This Financial Collapse Will Be Catastrophic

60-Year Market Veteran Says US Is Bankrupt & Will Collapse

← This Key Chart Shows Why The Stock Market Is Set To Crater
Government Shutdown? 36 Facts Which Prove That Almost Everything Is Still Running →