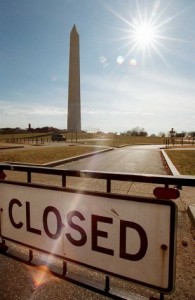 In 1969, the Nixon Administration cut the National Park Service budget.  In response, George Hartzog, the NPS director at the time, closed all of the national parks for two days a week.  The closures included prominent landmarks like the Washington Monument.  Democrats and Republicans criticized Hartzog’s decision – but it was the flood of citizen complaints that led Congress to reverse its decision and restore funding (and fire Hartzog).

And thus, the term “Washington Monument Syndrome” was coined.  This is an old political game that is also known as the “Mount Rushmore Syndrome” and the “firemen first principle.”   The tactic involves making cuts to high-profile programs that will get the public’s attention – and tick them off enough to push them to support tax increases they would otherwise oppose.

Here’s how it works:  When the government is threatened with reductions in spending, they’ll make cuts (or threaten to) in programs and services that are important to the people.   It is a manipulation tactic that is designed to inflict pain, discomfort, and fear.

Thomas Sowell provides excellent examples [2] of how the government uses these tactics:

Imagine a government agency with only two tasks: (1) building statues of Benedict Arnold and (2) providing life-saving medications to children. If this agency’s budget were cut, what would it do?

The example was deliberately extreme as an illustration. But, in the real world, the same general pattern can be seen in local, state and national government responses to budget cuts.

At the local level, the first response to budget cuts is often to cut the police department and the fire department. There may be all sorts of wasteful boondoggles that could have been cut instead, but that would not produce the public alarm that reducing police protection and fire protection can produce. And public alarm is what can get budget cuts restored.

Observe the melodramatic rhetoric Obama uses to scare people in his speech prior to the “shutdown” (also note the dramatic “Shutdown Countdown” ticker in the corner of the screen – gotta love the mainstream media’s scare tactics):

Here’s what Obama had to say:

“In the event of a government shutdown, hundreds of thousands of these dedicated public servants who stay on the job will do so without pay. And several hundred thousands more will be immediately and indefinitely furloughed without pay – what of course will not be furloughed are the bills they have to pay.”

“Office buildings would close, paychecks would be delayed, vital services that seniors and veterans, women and children, business and our economy depend on would be hamstrung. Business owners would see delays in raising capital, seeking infrastructure permits or rebuilding after Hurricane Sandy.”

“Tourists will find every one of America’s national parks and monuments, from the Yosemite, to the Smithsonian to the statue of liberty, immediately closed. And of course the communities and small business that rely on these national treasures for their livelihoods will be out of customers and out of luck. “ 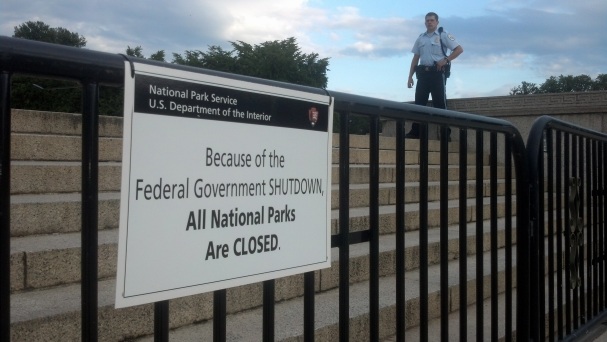 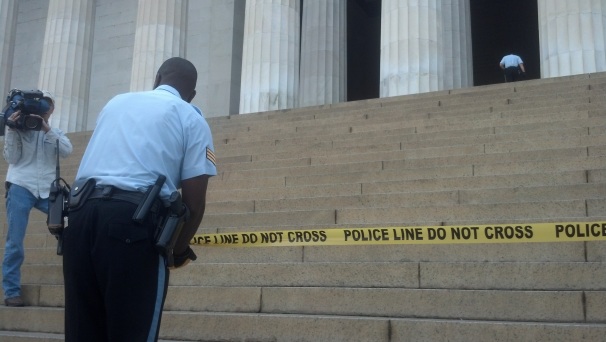 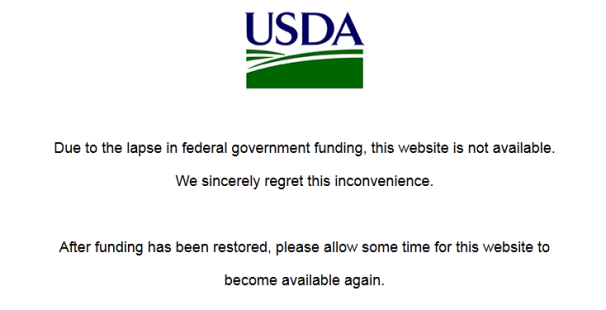 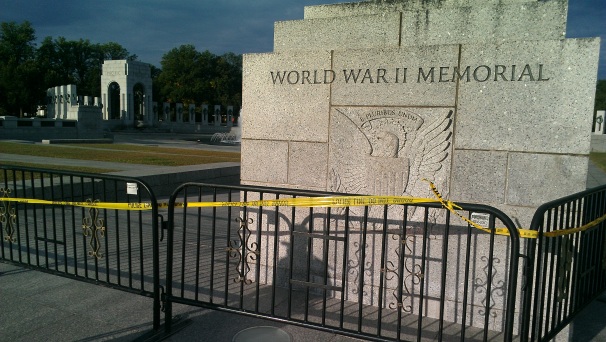 And this is perhaps the best example of government histrionics so far: 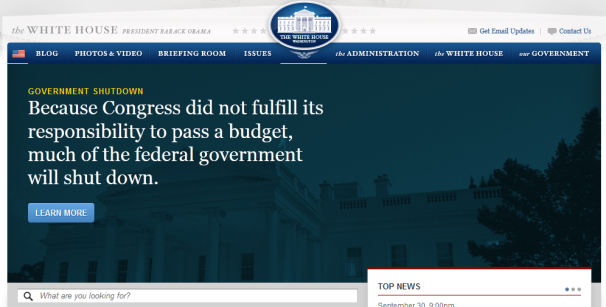 Cato Institute Cato scholar Tad DeHaven sums up the “shutdown” [8]:  “Mandatory spending on entitlement programs is relatively unaffected. Moreover, exceptions are made for activities and personnel that are considered “essential” to protecting life and property. …In short, a government shutdown isn’t really a shutdown and it isn’t the big deal that politicians, pundits, and the media tend to make of it.”

Delivered by The Daily Sheeple [9]

← “We heard there was one big seller,” said Howard Wen, precious metals strategist at HSBC
Rowdy Roddy Piper Admits “They Live” Was Actually a Documentary →