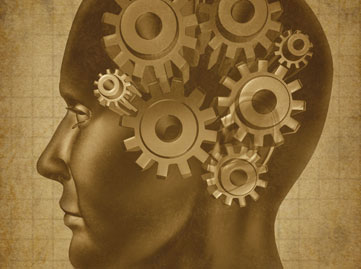 What do you want to achieve out of your Nootropics regimen? Is it greater mental clarity? Sharper, more focused thinking? Perhaps you want to improve your memory and recall? If you answered the latter then you’re in luck. This article covers the best nootropic supplements for memory, recall and increased brain function.

Experimenting with a number of different nootropics combinations to find the perfect blend can, let’s face it, be a pain in the a*s. Today we’ll take some of the pain out of your search by highlighting three of the most effective smart drugs for memory improvement. If you need to study for an exam, or need to work all night putting together and remembering a presentation at work, or just want a temporary boost to your recall, then check out the three nootropics we’ve got for you below.

All these supplements are nootropics, i.e. they cognitive enhancement capabilities without any major side effects and an extremely low level of toxicity in the body.

Alpha-GPC (L-Alpha Glycerylphosphorylcholine) is a chemical compound found naturally in many foods such as soy beans and certain plants and vegetables. In some countries, especially in Europe, Alpha GPC is prescribed by doctors to patients suffering from Alzheimer’s. It’s also been used to treat dementia, stroke and “mini-stroke”.

A meta-analysis which looked at 13 scientific studies has found Alpha GPC to be effective at improving performance in attention and memory tests. The total number of patients tested across all 13 studies was well over 4,000 and the test periods ranged anywhere between 3 to 6 months. All the studies done linked Alpha GPC supplementation to memory improvement. In one study performed over 20 patients vs a plcebo control group, the researchers found that Alpha GPC caused an average 16% improvement in memory test scores.

Idebenone is a synthetic version of an important natural enzyme called coenzyme Q10 (aka CoQ10). CoQ10 is important for maintaining the mitochondria – the “power plants” of the cells. In fact it is so instrumental in powering cell activity that without a healthy supply of CoQ10 (or a good substitute) you would not be able to survive!

CoQ10 has a negative side to it though. It needs a constant supply of oxygen. Whenever oxygen levels within a specific part of the body fall dangerously low (for example during a stroke, heart attack or trauma), CoQ10 breaks down or ‘auto-oxidises’. This in turn releases highly damaging free radicals into your body, these free radicals can destroy and damage cell and organ structure.

Idebenone, on the other hand, does not carry this negative effect. Idebenone has all the positive effects of CoQ10 but it does not break down into free radicals under low-oxygen conditions. It’s also been shown to help with anti-aging, cognition and memory, energy enhancement and organ protection.

A study conducted on laboratory rats has shown that Idebenone has a significant impact on reversing amnesia when administered orally. Another study conducted by the Russian State Medical University found that “neuropsychological investigations demonstrated improvements in short-term and long-term memory and attention” and also that “significant improvements in patients’ conditions were seen in patients with mild and moderate dementia.”

Nootropics fans who are using it for brain enhancing functions will typically start off with a dose of 500mg – 1000mg per day and then adjust from there. Be warned though, in some users it has been seen to induce anxiety and/or insomnia.

Oxiracetam is part of the racetam group of Nootropics, derived from the daddy of all nootropics Piracetam. Oxiracetam has a positive effect on many areas of brain functioning through its ability to activate the glutamate receptor. It does this by modulating levels of two important neurotransmitters in the nervous system: acetylcholine and glutamate. It’s been tested in animal and human trials extensively but it’s still unclear exactly how it does this.

Research done at the Department of Neurology at the University of Milan showed that Oxiracetam had a ‘statistically significant’ positive effect on recall, semantic memory and attention when dosed at 1600mg. Another study performed on test rats compared the effects of Oxiracetam to Piracetam and found Oxiracetam to have a better effect on memory and information retention.

Bacopa comes from the plant commonly known as Water Hyssop, or scientifically calledBacopa Monnieri. The plant is found naturally in tropical environments and is often used in aquariums. It’s been used for hundreds of years as a natural supplement to boost memory, but recent new research that has confirmed its efficacy as a memory enhancing substance has brought Bacopa into more widespread use.

In 2006 a study was performed by the Indian Journal of Psychiatry. The study was double-blind randomized and run over a period of 16 weeks, using patients that were suffering from age related memory impairment (but not suffering from Alzheimer’s or dementia). The patients would be forgetful with everyday things such as remembering where they put things or remembering telephone numbers. The study found that the placebo group and the Bacopa supplemented group improved in memory, but the Bacopa group improved much more than the placebo group – enough to be significant.

A more recent study in 2010 in Australia had similarly positive results testing patients with Bacopa. Their patients were healthy but elderly. No studies have been conducted as of yet on healthy younger patients, but the majority of studies on elderly patients seem to conclude the same thing: Bacopa is highly effective for improving memory.

Sunifiram – A Powerful Ampakine Nootropic for Attention and Focus

Owning our Health: Are brain training games needed to exercise our memory?

Nootropics and Poker, The Winning Combination