Nootropics and Poker, The Winning Combination

‘The smarter you play, the luckier you’ll be.’ – Mark Pilarski 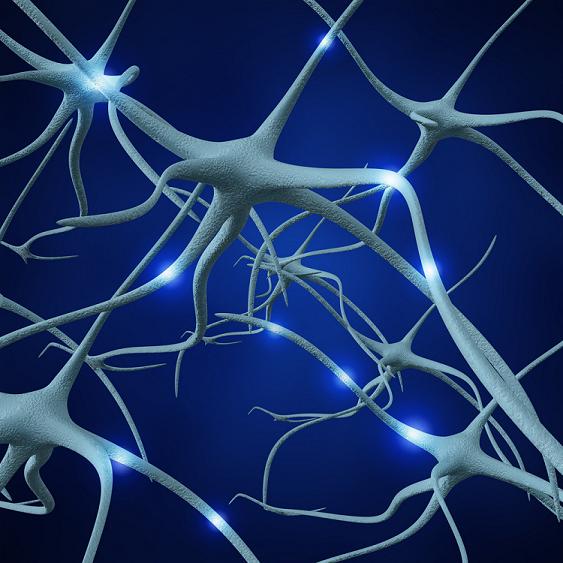 Following the advice written in this article will not improve your poker skills. A person either knows how to play winning poker or they do not, depending on the degree of time, effort, and energy they have expended learning to play the game. No drug will ever be a substitute for experience.  This article IS designed to ensure one is at their best physically and mentally to BE ABLE TO APPLY the learned principles within the game-playing environment (Casino, Online, Home, Fraternal Lodge etc). As for learning how to play the game, nootropics WILL help you to understand, digest, and remember advanced concepts written about in books better than those not taking nootropics. This article will assume the reader already knows the fundamentals of the game and wants to be at their very best so that they can achieve their fullest potential.

Simply put, nootropics can assure one shows up to the poker tables AWAKE, ALERT, and FOCUSED so that one is able to fully comprehend the game-action taking place, but that in itself is not enough. One must also be capable after assessing the gameplay, of taking correct ACTION at the appropriate times, be it a bluff, raise, all-in, whatever, so that they can be the ruthless intimidating player they need to be in order to win. To some fortunate souls, these actions are easily incorporated in to their game and my hat is off to them but for those suffering from even slight anxiety, stress, or nervousness, the art of being the bullying table captain is just not in the realm of possibilities. This is one area where the use of nootropics can make a startling difference. The nootropic formula I’m suggesting includes substances with anti-anxiolytic effects as well as intelligence-boosting and memory-enhancing properties. Nootropics can help turn the most timid, feeble-minded, and tired person into a mentally sharp competitor capable of putting in day-long poker marathons without feeling even the slightest effects of fatigue.

Below is my own personal protocol. I’ll remind you that I’m not a doctor, not even close, just some guy who spends way too much time surfing the internet and not nearly enough time (for my liking anyway) at the poker tables. At the time of this writing, AS FAR AS I KNOW, all substances in the regimen are legal to purchase in the United States. Also, AS FAR AS I KNOW, all the substances listed have extremely low toxicity and are fairly safe when used with respect and common sense. Long-term adrafinil use has been associated with higher enzymes in the liver. This should not present a problem when used only on days when playing in tournaments. Taking breaks is always a good idea. If you plan on playing daily in tournaments, adrafinil can be replaced in the protocol by the more expensive and less legal but equally effective drug modafinil. Tianeptine should not be used by those on SSRI anti-depressants as these have been known to have negative interactions. Do your own due diligence before diving head-on in to this protocol. Possible negative interactions with already-prescribed meds and pre-existing medical conditions should always be carefully considered. The substances mentioned in this article should be used AT YOUR OWN RISK.

I’m strictly a tournament player when it comes to poker and since this is my personal regimen, I’ll use a tournament start time of 7pm which is the most common for me as an example of the timing of the taking of the supplements. The times will have to be tweaked for cash players and those in tournaments with different starting times. The objective is to be as awake as possible and for the nootropics to be at their fullest affect during the entire 5 to 10 hour course of the tournament.

Clicking on the name of each listed nootropic will link to a retailer where one can purchase the supplement. These are my sources that I’ve had good experiences with but I’m confident that there are other good suppliers available. At the bottom of this page, I’ve provided links to articles about and studies involving all of the substances mentioned.

Again, this is my own personal protocol. I welcome and would enjoy hearing about yours in the comment section. This post is a work in progress and will be updated as more information comes to light.

20 mg Colouracetam [taken during the course of the tournament], (10 mg at the start, 10 mg at the halfway point.

16 mg Noopept [taken during the course of the tournament], (8 mg at the start, 8 mg at the halfway point.)

10 mg Tianeptine [taken during the course of the tournament], (5 mg at the start, 5 mg at the halfway point.)

Alpha-GPC – as a choline source – http://en.wikipedia.org/wiki/Alpha-GPC

Centrophenoxine – as a choline source – http://en.wikipedia.org/wiki/Meclofenoxate

Adrafinil is a synthetic Nootropic compound. It is a prodrug for Modafinil, meaning supplementation of adrafinil leads to increased concentrations of modafinil in the body.

Adrafinil supplementation increases alertness and wakefulness. Adrafinil is a stimulant, but it does not cause hyperactivity. Instead, it fights sleepiness.

Taking adrafinil may also improve memory, but further research is needed to confirm this effect.

Piracetam  – A two-week regimen of piracetam was reported in 1976 to enhance verbal memory in healthy college students in a double-blind, placebo-controlled study.[2]

Numerous positive individual studies supported the use of piracetam in people suffering from a wide range of cognitive disorders.[3][4]

A 2002 meta-analysis by UCB (company) concluded that piracetam had a therapeutic effect in older patients with cognitive impairment.[5]

In 2008, a working group of the British Academy of Medical Sciences noted that many of the clinical trials of piracetam for dementia were methodologically flawed.[6][7]

Several meta-reviews of literature on piracetam indicate that piracetam increases performance on a variety of cognitive tasks among dyslexic children, though this may reflect its enhancement of cross-hemispheric communication and of cognitive function in general, rather than a specific improvement in whatever causes dyslexia. Piracetam also seems to inhibit brain damage caused by a variety of factors including hypoxia and excessive alcohol consumption.[8][9]

Piracetam has been studied in an extensive number of clinical experiments, and has shown positive results in the treatment of post-stroke aphasia,epilepsy, cognitive decline following heart and brain surgery, dementia,[5] and myoclonus.[10][11] Its peripheral vascular effect has indicated its use for vertigo, dyslexia and, at one time, sickle cell anemia as well,[3] but a subsequent Cochrane review of the evidence found that it did not support piracetam’s use in sickle cell crisis prevention.[12]

Piracetam possesses pronounced antihypoxic and antiarrhythmic effect; the latter is carried out by decreasing the rhythm rate and increasing the contraction amplitude. The animals treated with piracetam in a dose when its antiarrhythmic effects (300 mg/kg) exhibited a decrease of the membrane potential of erythrocytes as compared with control. Similar effects occurred in the animals treated with lidocaine. It can be concluded that in certain types of arrhythmias the use of piracetam restores the normal rhythm of contractions that is perhaps connected with its positive influence on metabolic processes in the myocardium.[13]

In animal studies piracetam appeared to have increased communication between the two hemispheres of the brain and increased activity of the corpus callosum.[14][15] http://en.wikipedia.org/wiki/Piracetam#Effects

Phenylpiracetam – Phenylpiracetam (Phenotropil, Carphedon) is a phenylated derivative of the nootropic drug piracetam. It is used as a stimulant nootropic drug that can be up to 30-60 times more potent than piracetam.[1] It was developed in Russia in 1983, and a small number of low-scale clinical studies have shown possible links between prescription of phenylpiracetam and improvement in a number of encephalopathic conditions, including lesions of cerebral blood pathways, traumatic brain injury and certain types of glioma.[2] http://en.wikipedia.org/wiki/Phenylpiracetam

Colouracetam – Coluracetam enhances high-affinity choline uptake (HACU) which is the rate-limiting step of acetylcholine (ACh) synthesis, and is the only known choline uptake enhancer to currently exist. Studies have shown Coluracetam to improve learning impairment on a single oral dose given to rats which have been exposed to cholinergic neurotoxins. Subsequent studies have shown that it may induce long-lasting procognitive effects by changing the choline transporter regulation system.[6] http://en.wikipedia.org/wiki/Coluracetam

PRL-8-53 – A single study in humans was reported in 1978. The double-blind trial of PRL-8-53 in 47 healthy volunteers measured its effects on a variety of cognitive measures. 5 mg of the drug was administered orally 2-2.5 hours before the study tasks.[1] Subjects were given 12-item word lists to memorize as part of the trial. While initial word acquisition performance on PRL-8-53 was only 107.46% of baseline, subjects recalled words at 132.5-142.7% of the baseline rate 24 hours after testing, and at 145.2-146.2% after a week. Stronger effects were noted in the bottom 60% of subjects (who recalled 6 or fewer words on placebo at 24h), with 24 hour retention improved to 187.5-191% of baseline, and one week retention to 200-205%. Subjects over 30 displayed even more substantial results, with improvements to 208-222% and 236-252% of baseline performance at one day and one week respectively.[1] Both visual reaction time and fine motor control improved to a statistically insignificant degree.[1] No side effects were reported during the trial.[1] http://en.wikipedia.org/wiki/PRL-8-53

Noopept – In Russia, Noopept is considered a nootropic drug with neuroprotective properties. It is reported to improve learning ability and memory (including the initial processing of information, consolidation, and retrieval).[medical citation needed] It is also used to prevent the development of amnesia induced by electroshock.[14][unreliable medical source?][15][unreliable medical source?]

In studies Noopept helped to restore memory and other cognitive functions disturbed as a result of ischemia as well as damage due to hypoxia (a condition in which the body or region of the body is deprived of adequate oxygen supply).[16] The therapeutic effect of the drug in patients with organic disorders of the central nervous system appeared within 5-7 days of treatment. Also reported was the reduction or disappearance of anxiety, irritability,emotional lability and sleep disorders.[14][unreliable medical source?][15][unreliable medical source?]

It has also been observed to reverse and prevent learned helplessness neurosis in rats after long term (21 day) treatment.[17] http://en.wikipedia.org/wiki/Noopept

How to Use Stablon as a Nootropic Cognitive Enhancer – Stablon is one of the trade names for a drug called Tianeptine that has nootropic tendencies. This product is used for treating major depressive episodes and social anxiety, but users have also noticed that it produces certain cognitive enhancement effects. According to reviews, Stablon is attributed with heightened clarity of thought and may improve mental performance in areas  like memory, learning, and comprehension of abstract relationships. This drug is considered to be a tricyclic type of anti-depressant, so named due to its structure which contains three rings of atoms. It serves the purpose ofenhancing the re-uptake, or re-absorption, of Serotonin within the brain, which actually decreases the amount of circulating Serotonin. For this reason it is also considered to be a selective Serotonin re-uptake enhancer (SSRE). http://nootriment.com/stablon/#sthash.8LjoQQeZ.dpuf

Effect of tianeptine on cognitive functions in patients with depressive disorders during a 3-month observation. The authors put forward the hypotheses that during a three-month treatment with tianeptine in patients with depressive disorders there is an improvement in the short-term memory, reaction time and attention. http://www.ncbi.nlm.nih.gov/pubmed/21894095

(This post is still in a state of creation. More links to studies and article forthcoming.)

Sunifiram – A Powerful Ampakine Nootropic for Attention and Focus

2 comments for “Nootropics and Poker, The Winning Combination”