Paul was the keynote speaker at the Mackinac Republican Leadership Conference, and won the unofficial poll with 36 percent of the vote.

“We’re pretty excited about it,” Paul said. “We’ve had a great reception here and a lot of enthusiasm and we’re excited about winning the poll so many years out.”

Paul and Christie have recently had disagreements over national security and spending issues, the News said. 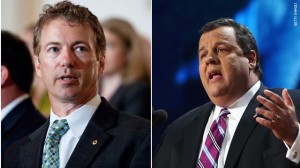 (Video) Despite the company, Ron Paul wins the moment again.