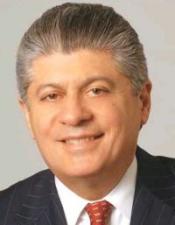 Before you rejoice that the government has seized an alleged terrorist in Libya who was indicted for planning the notorious 1998 U.S. embassy bombings in Africa, before you join the House of Representatives in a standing ovation for the Capitol Hill police who killed a woman whose car struck a White House fence and who then drove away at a high speed, and before you commend the New York Police Department for quickly getting to the bottom of an alleged assault by a motorcycle gang that tormented a young family on a city street, please give some thought to the rule of law.

Last weekend, a team of Navy SEALs kidnapped a Libyan, Abu Anas al-Libi, off of a public street in Tripoli. The Navy men did not have a warrant for his arrest, did not have the permission of the local authorities or the Libyan government to carry out this kidnapping, and were unlawfully present bearing arms in public in Libya. Many of al-Libi’s alleged accomplices already had been arrested, prosecuted and convicted in the United States. The U.S. could have sought his extradition, as it did with some of them, had President Obama not bombed the American-friendly government of Col. Moammar Gadhafi out of existence, without a congressional declaration of war.

Obama apologists have praised this maneuver as a bloodless way to obtain justice without using drones to kill. (How low we have sunk when Mr. Obama can be praised for not executing someone with a drone.) Secretary of State John F. Kerry, acknowledging that al-Libi is innocent until proved guilty, has claimed that the rule of law was followed here because he will be brought to a civilian U.S. court for trial. Former George W. Bush administration Attorney General Michael B. Mukasey claimed that because the embassy bombings constituted an act of war, the kidnapping of al-Libi was a lawful wartime assault, and he should be tried before a military tribunal.

It borders on the ridiculous for Mr. Kerry to profess fidelity to the rule of law when this criminal gambit was anything but. Fact: We are not at war with Libya. Fact: We cannot lawfully — under international law, American law or Libyan law — engage in law enforcement or offensive operations in Libya without the express consent of the local and national authorities. Fact: As a defendant in federal court in the 2nd Circuit, al-Libi must be brought to a federal judge in New York City within 48 hours of his arrest.

Don’t hold your breath waiting for him in lower Manhattan, as the feds will “debrief” al-Libi aboard ship before turning him over to federal prosecutors for trial. One can only imagine what that debriefing will be like. It will no doubt consist of torture. That’s why the interrogation is being conducted on the high seas, where the government will claim it is free to disobey any federal law. That’s why the Geneva Conventions prohibit housing prisoners of war aboard ship.

What kind of government seeks venues in which it can break the law? One that has forgotten that every time Mr. Bush made his extraterritorial argument to the Supreme Court, it was rejected. Wherever the American government goes and whatever it does, it remains subject to the confines of the Constitution.

Not to worry, administration sources claim, the FBI won’t learn of whatever beans al-Libi spills while the CIA is simulating his drowning. Wrong again. While no federal court will admit evidence obtained under torture, the Patriot Act — that monstrosity that permits federal agents to write their own search warrants and Foreign Intelligence Surveillance Act court judges to evade the Constitution — requires intelligence interrogators and law enforcement interrogators to share information — even the results of torture. So much for the presumption of innocence, the right to a lawyer, the right to remain silent, the right to be brought before a judge, and the rule of law.

The United States is a signatory to treaties that prohibit kidnapping, no matter the governmental need for the victim. Just ask Robert Seldon Lady, the former CIA station chief in Milan, Italy, who was convicted in absentia a few years ago in Italy of kidnapping a Muslim imam there, and then was arrested on an international warrant in Panama this summer. Mr. Bush himself and others were convicted in absentia of war crimes by a court in Malaysia last year. Can you imagine the outcry if Mr. Bush or Mr. Lady were kidnapped off of American streets by foreign agents? How can it be lawful for the U.S. government to kidnap innocent foreigners, but not for foreign agents to kidnap guilty Americans?

While much of the above was going on in secret, two public spectacles played out on American TV last week. One involved a gang of bikers in New York City who chased a family in a Range Rover at high speeds and eventually pulled the driver from his car and beat and kicked him. Eventually, the cops caught the gang, but not all gang members will be prosecuted, as at least three of them are cops — and they did nothing to stop the assault.

Also last week, a deranged, single mom rammed her car into a fence that surrounds the White House. Then she sped toward Capitol Hill, a few blocks away. Instead of using any one of a number of nonlethal procedures to stop her, dozens of police gave chase and fired military-grade weapons wildly at her. After containing the car, the cops slaughtered her in a hail of bullets. Then the cops discovered that she was unarmed and had her 1-year-old baby with her.

What’s going on is the flow of government lawlessness down from the feds to the cops in the streets. Like children observing and imitating their parents’ unsanctioned, inappropriate, yet repeated behavior, when cops see the use of the military today to pull off government crimes, to shortcut the law and to evade the Constitution, they arm themselves with military-grade hardware and do the same.

In America today, to paraphrase Voltaire, criminals are punished for their crimes, except when they commit them to the sounds of official rejoicing.

Andrew P. Napolitano, a former judge of the Superior Court of New Jersey, is the author of seven books on the U.S. Constitution, including his most recent, “Theodore and Woodrow: How Two American Presidents Destroyed Constitutional Freedom” (Thomas Nelson, 2012).

Judge Napolitano: Rand Paul Can Lead Us To An Era Of Prosperity, Happiness & Small Government

KOMO: No speeding tickets for lawmakers during legislative session