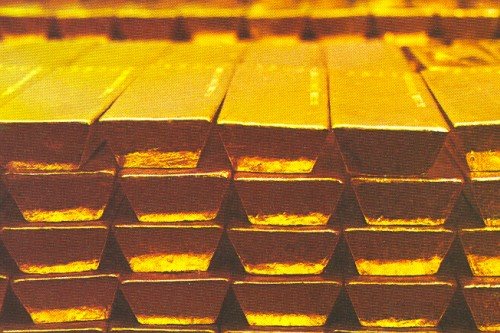 Central bank interventions in the economy are nothing new, even if the dealings of central banks and even the U.S. Exchange Stabilization Fund are often murky.

The consequences of them, however, are a man-made economy that behaves and looks rather weird, a Frankenstein economy if you will.

The most obvious sign that things are amiss are strange correlations and non-performance of certain asset classes that results, much to the high indignation of investors and speculators alike who cry foul. It causes difficulty for the media too, who center their stories on causation, seeking to explain non-typical market behaviors. For example, why are equities at record levels, while earnings are weak, jobs growth mediocre and demand for raw materials is soft? Why also is gold non-performing as the world edges toward the financial abyss on a possible U.S. dollar default?

Reflecting the anomaly, gold (COMEX:GCZ13) is also showing a dizzying tendency to be a risk-on and then off asset, sometimes mirroring equities and the dollar and occasionally adopting its more traditional role in moving inversely with those assets. Making sense of the markets, let alone long term investment decisions in this environment is not easy. At the Commodities Week Conference in London, more than one investor conceded that he did not believe the equity markets either but felt that you could simply not afford not to be involved — perhaps holding firm to the greater fool theory.

Reflecting this bewilderment for gold investors, there were two simultaneous stories on SharpsPixley.com today, one that read “Morgan Stanley Warns The Economy Is At ‘DEFCON 3’ Because Of Debt Ceiling” in parallel with “Morgan Stanley Sees Gold Lower …” … how to explain this ???

Evidence of the negative effects of these official interventions is clear from the non-performance of so-called trend-following funds that are significantly under-performing. As Risk Magazine reports, “Market intervention has effectively stopped markets from trending and created a whipsaw of short, sharp reversals.”

This may all be slim comfort for gold investors who feel they made the right decision for the right reason, yet are robbed of the correct outcome. On the other hand it is reflective of the severity of the economy that central bankers are out to tame animal spirits so aggressively that we ended up with a dog that just did not bark.