Today a former US Treasury Official warned King World News that the U.S. is now headed toward a terrifying collapse.  He also cautioned that, despite mainstream media propaganda, the Fed and other Western central planners are now desperately trying to keep the current financial system from imploding.  This is without question one of the most powerful interviews Dr. Paul Craig Roberts has ever done.

Eric King:  “Obviously the big news this week, Dr. Roberts, was the Fed and how they shocked the financial markets with no tapering.  Your thoughts?”

Dr. Roberts:  “Here’s the situation for the Fed:  All of the markets, and the solvency of the big banks, are totally dependent on the Fed buying the bonds.  If they don’t buy the bonds, then the interest rates are going to rise, the prices of all debt-related instruments are going to go down, the insolvency of the banks again reappears, the bond market collapses, and the stock market collapses….

“So they can’t stop QE because the whole system is rigged-dependent on that (QE).  The other part of the trap they are in is that the longer they carry on QE, the closer they get to the time when the rest of the world simply loses all confidence in the dollar because of the enormous rate at which new dollars are being created, and they bail out (of dollars).

So what the Fed is doing is simply keeping the system going as long as it can.  I don’t see how they can avoid a crash.  If they stop QE it’s going to crash.  If they don’t stop it, it’s going to crash later.  So the Fed is manipulating everything to keep the system intact.  And to repeat myself, they can do that, until there is a run on the dollar, and when there is a run on the dollar they lose control.  At that point, (the price of) gold and silver will explode.” 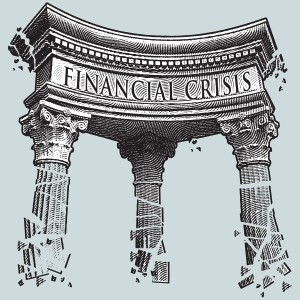 Dr. Paul Craig Roberts: If the Currency Collapses & You Try to Flee Into Gold,There Won’t Be Any

This Will End In Catastrophic Collapse & Tragedy For The West

Paul Craig Roberts: Worse than the Great Depression-Gold and Silver Prices Will Explode

← A Good Question From Senator Ted Cruz
Yes No Yes, Is The Fed Playing Games? →