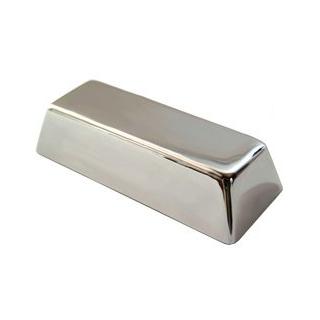 In the aftermath of significant volatility in both the gold and silver markets, billionaire Eric Sprott told King World News there is a stunning surprise in central planners’ war against silver.  The Canadian billionaire also spoke about the enormous implications of this surprise for silver investors around the world.  Below is what Sprott, who is Chairman of Sprott Asset Management, had to say in part III of this remarkably powerful interview series.

Eric King:  “Eric, for the silver bulls that are out there, what about the silver market?”

Sprott:  “There is an interesting thing going on there, Eric.  We get data out of India.  They consumed slightly less than 2,000 tons of silver late year.  It would appear they are going to consume 6,000 tons this year….

“It might be a little early for me to say that because as gold has been restricted, that number might even be well above that (total of 6,000 tons of silver).  In the first 8 months there were something like 4,000 tons (already consumed), so we are just extrapolating that trend, but the trend was gaining strength as the year went on.

Billionaire Sprott: “within a year we will see new highs in the price of gold and silver”

(Video) Eric Sprott: Markets are being supported by financial heroin.

We Are Looking At A Frightening End Game

Eric Sprott: Bonds Are for Losers – We Will See People Moving In To Gold and Silver