Obama Lies About the Implications of Raising the Debt Ceiling

Schiff: Comparing Obamacare to the iPhone is not Apples to Apples

ObamaCare Boils Down to Free Stuff for Women

As the government creeps closer to a potential shutdown next week, party unity is beginning to fracture among Republicans on Capitol Hill. Sen. Bob Corker (R-Tenn.) spoke on the Senate floor on Thursday, criticizing his fellow Republican senators Ted Cruz from Texas and Mike Lee from Utah for grandstanding and delaying the votes necessary to avert a government shutdown. Despite Cruz’s and Lee’s tactics, Friday afternoon the Senate passed its plan to keep the government – and Obamacare – funded. Now House Republicans face a choice by this Monday: Cave on Obamacare and accept the Senate’s bill to keep the government funded or dig their heels in and stand firm on defunding Obamacare, plunging the government into a shutdown. And once the government funding is figured out, Congress then faces a fight over raising the debt ceiling. RT’s Sam Sacks talks to Peter Schiff, CEO and chief global strategist at Euro Pacific Capital, about the current congressional debates. 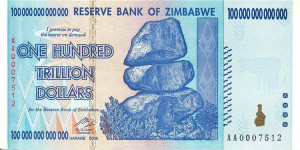 There is a reason why every fiat currency in the history of the world has eventually failed.  At some point, those issuing fiat currencies always find themselves giving in to the temptation to wildly print more money.  Sometimes, the motivation for doing this is good.  When an economy is really struggling, those that have been…

END_OF_DOCUMENT_TOKEN_TO_BE_REPLACED

Published on Sep 21, 2013 James Bullard successfully sells markets on an Oct. taper. When will traders learn that it’s not what Fed officials say that matters, but what they actually do? It reminds me of Lucy holding the football for Linus. No matter how many times she assures him that she will hold the…

END_OF_DOCUMENT_TOKEN_TO_BE_REPLACED

Schiff: The Taper That Wasn’t

By: Peter Schiff Wednesday, September 18, 2013 The Fed’s failure today to announce some sort of tapering of its QE program, despite the consensus of an overwhelming percentage of economists who expected action, once again reveals the degree to which mainstream analysts have overestimated the strength of our current economy. The Fed understands, as the…

END_OF_DOCUMENT_TOKEN_TO_BE_REPLACED

(Video) Peter Schiff “Whatever Fed Does Good For Gold”