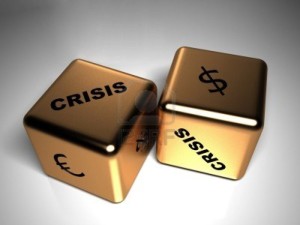 On the heels of a disastrous week for the Federal Reserve, today one of the top economists in the world discussed the Fed’s increasing manipulation, desperation, use of propaganda in mainstream media, and its unprecedented and dangerous manipulations in major markets.  He also discussed what all of this means for gold and silver.  Michael Pento, who is founder of Pento Portfolio Strategies, wrote the following exclusive piece for KWN.

The President of Europe’s central bank said back in July of 2012 that the bank would fight rising borrowing costs by doing “whatever it takes” to ensure sovereign bond yields do not spiral out of control.  This past week Mr. Bernanke took a page from Mario Draghi’s playbook and tacitly indicated that the Fed will also now promise to keep long-term interest rates from rising by any means necessary.

Starting from its inception, the Fed influenced the economy by adjusting the interbank overnight lending rate and providing temporary liquidity for financial institutions.  However, in the modern era of central banking (post 1971) the Fed has resorted to unprecedented and dangerous manipulations, which are increasing by the day….

“I Believe We Are Now Approaching The End Game”

Fleckentstein – Gold & What Is Going To Make Stocks Crater